Any contribution you make is greatly appreciated and helps support Democratic values and our candidates. Donations go to candidate support, office rental during election season, mailing brochures to Democrats, and fundraising efforts. Thank You for supporting LCD!  Learn how you can easily donate to our cause by visiting our Donate page.

Lee County Democrats, like you, support the Democratic Party in many different ways. Volunteer opportunities are available year round or during campaign seasons.

Please complete our volunteer form if you would be interested in taking action.

Write a Letter to the Editor

A few tips for writing a good letter to the editor:

Subscribe to our email list for updates about the Lee County Illinois Democratic Party and important election information.

To become an elected precinct committeeperson of the precinct where you live, a petition must be picked up from the Lee County Elections Department.  The required number of signatures must be collected from registered voters in your precinct and returned by the deadline to the County Elections Department.  If you are interested or have more questions, please contact the Chair of the Lee County Democrats. 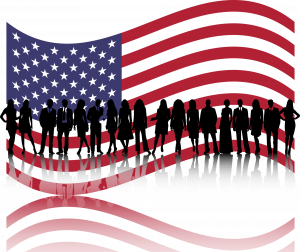 Would you consider or are you interested in being an elected officer?  In Lee County alone, we elect a wide range of positions.  In cities and villages, we elect mayors and presidents, trustees, alderman, council members, treasurers and clerks.  We elect some library board trustees and park district commissioners.  Townships have elected supervisors, clerks, highway commissioners and trustees, as well as tax assessors or multi-township assessors.  All 28 school districts and regional school boards elect members and trustees.  Some fire protection districts elect trustees.  Precinct Committeepersons may be elected for all 49 precincts in the county.  Six County Board members are elected in each of the 4 districts.  County elected offices include County Clerk, Treasurer, State’s Attorney, Coroner, Circuit Clerk, and Sheriff.  Circuit Judges are elected and retained.

Depending on the office being sought, party declaration may not need to be made.  The process generally starts by seeking a petition from the Election Department at the County Clerk’s office in the published timeframe, usually early fall.  The number of signatures required per petition varies with the position being sought.  Petitions are signed by registered voters and returned to the County Clerk’s office before the deadline, usually early winter.  The amount of campaigning required is as varied as the elected positions.